It has always been the dream of J.O. Parker to have his own newspaper. As a young boy delivering newspapers to his neighbors on his bicycle, J.O. knew ink ran through his veins. He progressed from delivery boy to subscription salesman. And soon found his love for photography. After taking community college classes, J.O. decided to continue his education at the University of Missouri-Columbia. He packed up his pickup and headed northeast out of Tulsa. After graduating from college, J.O. landed his first editor job in North English, Iowa. He thrived in the small community and so did the newspaper, as subscription soared under his watch. This success led to his position as editor at The Montezuma Republican in Montezuma. Over the next few years, J.O. worked as both editor and managing editor of The Montezuma Republican and the Brooklyn Chronicle newspapers. When both papers merged and moved to Grinnell, J.O. made the journey with them. But times in the newspaper world were changing and J.O. accepted an offer to retire from his position of editor in 2015. Since then, J.O. has done freelance writing and photography jobs for various local newspapers and websites as well as for the national magazine, Farm Collector.

Debbie Tindle Parker loves to write. Since an elementary teacher took a liking to one of her short stories, Debbie has enjoyed creating fictional characters and stories. Debbie attended Central College in Pella and graduated with a major in English and a minor in Communications. Over the years, Debbie has written for The Montezuma Republican and Cedar Rapids Gazette. Together, J.O. and Debbie released two Iowa photography books - one on the Iowa State Fair and one of the Midwest Old Threshers. In 2018, Debbie released The Auctioneer - a romantic suspense novel based in fictional Hope, Iowa. She is currently in the editing process for Book 2, tentatively titled Moving On. She is also writing Books 3 & 4.

In May of 2019, Debbie and J.O. heard there was going to be a need for story and photography coverage of the Montezuma Community. This need, and the desire to have their own newspaper, lead to the creation of the Monte Journal. 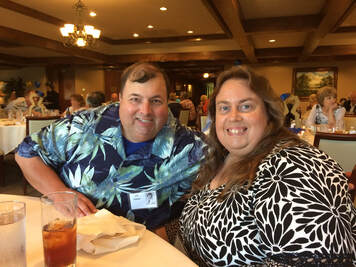